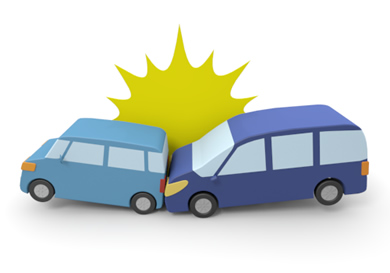 A middle-aged woman I’ll call Mrs. Smith came to my office for a TMJ exam last week. She had typical signs and symptoms of TMD: painful muscles of mastication, painful temporomandibular (TM) joints, painful trapezius muscles in the neck, and limited opening (maximum opening 32 mm). She told me that her jaw pain symptoms started about five months ago.

Her medical and dental history was unremarkable. Although my health history has a page that asks patients to list any auto accidents, she had simply written N/A (not applicable) in large print at the top of the page.

When I saw her joint images I was somewhat surprised to see a marked displacement of the right mandibular condyle.

Without hesitation I said, “Mrs. Smith, this actually looks like there could have been trauma. This looks very much like what I see after rear-ender auto accident—a whip-lash accident.”

“Oh,” Mrs. Smith said with a slight shake of her head, “I was rear ended. But that was two years ago!” She said ‘two years ago’ with such emphasis as to imply that it was ancient history that it could not possibly be related. 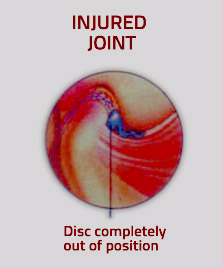 The medical and dental literature is full of conflicting opinion and evidence on the subject of auto accidents and TMJ injury. One recent study involved placing magnets on the lower incisors of cadavers so that jaw movement could be recorded during a crash and those cadavers were seated in the crash-dummy position in the front seats of autos that were then crashed into. The conclusion: the jaw did not open or move far enough forward or backward in the crash to cause TMJ injury.

I’m sure the attorneys will latch onto that one!

A few of my own observations: I’m quite certain that real structural TMJ injuries do occur, both from acceleration-deceleration (whip-lash) accidents and from airbag deployment. I’m also sure that proving it could be difficult. After all, how many of these folks have CT scans of their temporomandibular joints taken both before and after the accident? With cone beam CT scans for implant placement and for orthodontics becoming more common, we may actually see some of those pre-accident CT scans for proof of traumatic change in the future.

Second, although many patients complain of jaw pain immediately after the accident, there are plenty of people who don’t notice or mention jaw pain until weeks or even several months after the accident. The mechanism is unknown, but may be as simple as the fact that the neck injury causes so much pain that the jaw issues are hardly noticeable in comparison.

Next, some people are more prone to joint injury. Females, for example, have more ligament laxity than males. There is plenty of literature regarding this, with a proven link between ligament strength—or lack thereof—and estrogen levels. A teenage boy has about 5 times the ligament strength of a teenage girl. That probably explains why high school girls who play soccer have almost exactly 5 times as many knee injuries than boys involved in the sport.

Last year I did TMJ exams for a couple who were together when their car was rear-ended. The husband was driving and his wife was in the passenger seat. They were stopped at a stop sign and the car behind them did not stop and in fact hit them at about 45 miles per hour. The man had neck pain and minor masseter muscle pain after the accident. Despite that, his TM joint images were normal. He seemed to only have minor muscle strain.

His wife on the other hand, had severe jaw joint pain. Images showed total articular disc displacement on one side. Estrogen at work? Most likely.

An article in the British Columbia Medical Journal (June, 2002) by Dr. Burton Goldstein calls TMJ pain after a rear end auto collision a “non-structural” problem—that is muscle pain that is not accompanied by actual joint displacement. The truth is that sometimes there is no structural problem as evidenced by joint imaging. In that case, I agree with the author that no TMJ treatment beyond pain management medication should be done. But to make the claim that no structural change occurs in these accident victims is an over simplification.

The proof is in the joint imaging, either x-ray, CT scan or MRI.

So, as a dentist whose patient has been involved in an accident, either whip lash or airbag deployment to the face, what is your role?

Obviously you look for actual dental problems first: loose teeth, broken teeth, etc. But then check range of motion. How well does the person open (it’s helpful if you know what pre-accident range of motion measured). An opening of 42 mm to 52 mm is considered normal. Your patient can open just 35 mm or less and complains that she can’t open as well as she used to? You should consider a TMJ exam including joint imaging.

Palpate the muscles of mastication and the TM joints. Painful muscles could indicate that there is simply muscle strain and actual TMJ therapy may not be needed. But if the joint itself is painful and if there is limited opening or if there are joint sounds—clicking or popping—that were not evident before the accident, again that’s time for an actual TMJ exam.

Dr. Goldstein makes one interesting point: people who are involved in litigation regarding their accident are more likely to report serious symptoms than people with similar injuries who are not suing the other driver. Are people involved in litigation more severely injured than those who are not? Does the promise of financial reward cause some to possibly exaggerate their injuries? Dr. Goldstein does not go quite that far, but he certainly implies it. Maybe we just chalk that up to human nature.

Bottom line from my perspective? Actual articular disc displacement along with posterior displacement of one or both condyles is a common finding after whip-lash type injuries. Further investigation is needed to prove cause and effect, but sometimes the damage is real.

Don’t hesitate to have your patient see a practitioner who can do a thorough TMJ evaluation when you think that there may have been a joint injury—even if symptoms didn’t become obvious for until weeks or months after the accident.