A young woman with a few particular esthetic concerns was to be the subject of discussion at a recent dental study club meeting. Prior to the meeting, she saw two oral surgeons, a prosthodontist, a periodontist, and an orthodontist. I wasn’t going to be part of the crew who examined her until the orthodontist noticed that her jaw joints made some rather spectacular noise when she opened and closed.

“She had better have a TMJ exam also,” the orthodontist suggested. And so she arranged an exam at my office.

When I saw her, I discovered that she had serious TMJ pain. “Actually, the pain here,” she said, indicating her left TM joint area, “is so bad that sometimes I can barely get through my day.” It turned out that she had been taking 800 mg ibuprophen tablets most days for the past two years.

X-rays showed posterior displacement of both mandibular condyles and a short ramus on the left side (please refer to my article on canted frontal occlusal plane) Joint vibration analysis (JVA by Bioresearch) showed significant joint noise on both sides with a clear indication of total anterior disc displacement. Certainly this young lady had severely compromised jaw joints and needed splint or orthotic therapy to reposition the joints as a first priority.

Members of this study club are among the best general dentists and specialists in Southern California. I hold them in highest regard and work with many of them when their patients exhibit TMJ or occlusal concerns. And yet, there was still room for disagreement.

At the dental meeting, most of the discussion centered on perio surgery and either orthodontic or restorative approaches to resolve her esthetic desires. But I told the group that pain was my number one concern. I said that in my opinion, treatment to eliminate or at least greatly reduce her constant pain should be addressed before any other dental treatment was considered.

While the prosthodontist who had seen her agreed, the two oral surgeons and one other prosthodontist–who had not examined her– had a different view. “You know, these TMJ problems are self-limiting anyway,” one of them said.

“Yes. Eighty percent of the time, these problems go away by themselves,” one restorative dentist chimed in.

And if you enter Self-limiting aspect of TMD on your web browser, you will indeed find many articles that say TMD is self-limiting. Self-limiting is described in two different ways, depending on the author. In some articles the term means that the bones and soft tissues eventually adapt and remodel and the symptoms go away. In other articles, self-limiting is defined as symptoms staying the same and not getting worse. (If the latter is true, would that be good enough for you, Doctor? It wouldn’t be for me. Not in the case of the patient we were discussing.)

So, I turned to the research literature. It turns out that the idea that TMD is self-limiting is highly controversial. Studies that suggest this may very well be flawed. As two authors of a peer-reviewed study (GB Wexler and MW McKinney) put it, “…studies cited to show that TMDs are self-limiting have major methodological limitations.” Their own study of 274 patients found that patients receiving treatment showed excellent improvement while those who were not treated had no significant improvement over time (Journal of Craniomandibular Practice 1: 30-37, 1999).

Perhaps the best and most comprehensive study involved 53 volunteers who had TMJ pain symptoms but agreed NOT to be treated. All 53 were examined and had MRIs of the TM joints at the beginning of the study, a follow-up at one year, and another follow-up 15 years later at which time MRIs were repeated. Think TMD is self-limiting? In this group of 53 (again NONE were treated—just observed) NO ONE GOT BETTER. And for some–about 10%– MRI showed worse disc displacement with evidence of degenerating joints at 15 years. These volunteers also had worse pain symptoms.

Some of the subjects of the study stated that during the 15 years their pain seemed to lessen for a while. But it came back 100% of the time. Self-limiting TMD? I don’t think so. And now a well-designed study bears this out.

What I told the group that night was that my typical patient is a 40 to 50 year old female who states she’s had TMJ related problems for years. The narrative I hear at the intake interview usually goes like this, “Oh, I noticed clicking forever. I mean, since I was a teenager anyway. I usually had some pain when chewing and when I woke up in the morning. But never like this. Over the last year or two it’s just gotten worse and worse. That’s why I’m here now.”

So, my own experience, over the last thousand or so patients, says “TMDs self-limiting? I wouldn’t count on it.”

But let me just tell a little story that may shed some light on the subject. Over the Memorial Day holiday I did some hiking in the Eastern Sierra. On one hike I went to one of my favorite alpine lakes and a little more than half way there encountered snow 4 to 5 feet deep and I drudged through it in … snow shoes? Well, no. MICROspikes—one of my favorite products for ice and snow–? No again. I did the last part of the hike through deepening snow to an ice covered lake in my tennis shoes. And somewhere in those last miles that saw me sometimes scrambling over ice, and sometimes slipping in snow that was turning to slush under a warming sun, I painfully twisted my right knee. I stopped for lunch at the still frozen lake, then hobbled across the snow again and made it back to the car 6 miles and a couple of hours later.

Back in Mammoth Lakes, I got out of the car rather carefully, one gingerly step at a time. Left foot down to the pavement. Okay. Right foot down. Oh-oh. That right knee is not going to hold. Got to be careful not to fall. My right knee buckled rather dangerously. In my imagination I pictured a few months with a physical therapist or maybe even knee surgery.

But guess what? Every day got a little bit better. Six days later, I did a hike in the eastern part of San Diego County and the knee that was so painful and feeble the week before was back to 100% strength and function. Dodged a bullet again!

So knee injuries are Self-limiting, right? Of course! Sometimes. But only sometimes. And so are TMJ injuries. I think we as practitioners (and even potential patients) have to simply use judgment. Occasionally a patient will be referred to me for a TMJ exam and I’ll ask, “How long has this problem been going on?” And the answer will be two or three weeks. Perhaps after an incident with a hard French roll. Okay, I will do the exam. But if joint images are normal, and range of motion is reasonable and there’s minimal pain on various palpations I will often say, “Mrs. Jones, I’d recommend we do nothing for now. Let’s schedule you for a brief reevaluation in a month or six weeks. I think you’re going to gradually improve and you’ll be fine with no treatment. If I’m wrong, and you’re the same or worse, I’ll talk with you about treatment options.” And most of the time, I find that was a good call. The patient returns to good comfort and function. 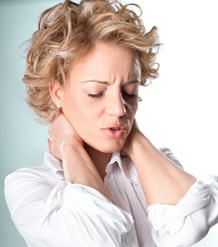 I would be willing to bet that this is a common scenario: a temporary TMJ strain. Maybe these are the cases included in the studies that say that TMD is self-limiting. Okay. These temporary joint strains probably are self-limiting. I’ll buy that. But what about the young lady we talked about at the beginning? That’s a case of articular disc displacement and significant daily pain for the last two years. Doctor, if you’re betting on TMD symptoms getting better over time, just how long are you really willing to wait?

Doctors, the SECOND EDITION is here! Dr. Halligan's new eBook will show you how to produce night guards that require far less adjustment and are much more comfortable for your patients. CLICK HERE TO LEARN MORE.