In recent months I have noticed a steady increase in journal articles about the use of cone-beam computerized tomography (CBCT) in dentistry. This includes peer-reviewed journals such as JADA and Cranio (The Journal of Craniomandibular and Sleep Practice) as well as commercial non-peer-reviewed publications. The reason I think is clear: CBCT images offer a clear advantage over traditional 2D images. A recent (July 2021) article in Inside Dentistry shows a very clear example. A traditional periapical x-ray of a symptomatic lower molar shows only the merest hint of periapical involvement, an unfortunate situation that would likely call for guesswork or at least a difficult judgment call. But a CBCT of the same tooth shows a remarkably clear abscess with bone loss at the apex of the mesial root—a much for straightforward diagnosis.

Widely used dental applications for CBCT obviously include endodontics—no surprise extra canals that were not apparent on 2D x-ray—implant placement (it’s hard to believe now that I once did implant placements based on a panoramic x-ray. It is now becoming standard of care to use CBCT in presurgical implant site evaluation), TMJ therapy. Orthodontics.

The cost of CBCT machines has decreased a great deal in the last few years making the purchase a reasonable choice for many practices. In time, I hope that CBCT becomes as ubiquitous as the panoramic x-ray machine in general dental practices.

My focus for many years was the TMJ. Although imaging the TMJ requires a larger data volume than simply imaging the dentition, I found that the ability to image the joints had implications beyond TMJ therapy. Since the joint, as stated by oral surgeon Mark Piper, is the foundation of occlusion, I think it is mandatory for dentists considering extensive restorative dentistry to evaluate the health and status of the TMJs. After completion of a full-mouth restoration is not the time to discover that the foundation of occlusion is unstable or even pathological.

While exposure to radiation is greater in CBCT than a full mouth series of x-rays or panoramic the amount of radiation is significantly less than required for a medical CT, and the image quality is vastly better.

An emerging area of dental practice is the evaluation and treatment of airway issues, i.e. sleep apnea and sleep-disordered breathing. While individual clinicians will need to decide whether CBCT is indicated for each patient situation, some authors argue that one-day CBCT imaging will be part of the complete diagnostic exam for all patients.

An area of concern for many dentists is that since so much information is provided on CBCT, what are the limits of the dentists’ responsibility? According to an article by Dr. Jon Julian in Inside Dentistry, July 2021, that is “the wrong question to be asking. The correct question to be asking is what exactly are they missing on their 2D radiographs…”

While Dr. Julian makes a valid point, I do think it’s imperative for the dentist to refer either to a trusted oral surgeon or an oral maxillofacial radiologist for image interpretation when in doubt. As dentists we’re not trained, after all, to diagnose pathologies of the maxillary sinus that may be evident on a CBCT. Medical-legally, that’s an evolving area.

Although I have evaluated thousands of joint images over the years, that does not put me on the same level as the oral maxillofacial radiologist, and in fact I have gladly forwarded images to UCLA’s oral radiology department for their interpretation of both CBCTs and MRIs when I have a question. Dr. Raymond Carpenter routinely sends images to BeamReaders, a group of expert radiologists, for image interpretation.

Some of the TMJ images of actual patients in our practice should prove instructive.

IMAGE 1. This is a reconstructed panoramic from CBCT (called a pseudopanoramic by some radiologists). Note that the right condyle is well centered in the glenoid fossa but the left condyle is displaced to the posterior. Yes, the patient has clicking and pain on the left side. You will also notice that the left ramus is shorter than the right and the left condyle is smaller than the right. Technically, hypoplasia of the condyle and ramus on the left. Did the patient suffer a childhood (age 15 or earlier) head injury? Yes. On the left side. See previous articles on this site regarding unequal ramus length.

More? The styloid processes are elongated on both sides. Also, the image shows bone deposition at the gonial angles, although in this instance that is not pronounced. Still, plenty of evidence of strain from clenching or grinding. What are the chances that the patient has excessive occlusal force on the left side? If you said, close to a 100% probability, that would be correct.

By the way, as stated in a previous post, a typical panoramic film is not to be trusted in judging whether there is unequal ramus length. The distortion common in those films make that kind of determination impossible. A CBCT on the other hand will give you a true picture of that mandibular development.

IMAGE 2. This CBCT was taken of a patient who was referred to me for severe right side joint pain and muscle pain soon after the completion of a full-mouth restoration. She was not referred by the treating dentist. Note that the left TMJ is relatively normal—the cortical plates of both the condyle and glenoid fossa are intact, the condyle is well positioned within the glenoid fossa. You could argue that the articular eminence shows some degeneration, but overall I’m calling the left TMJ normal.

But the right TMJ shows severe degenerative arthritis. Note the lack of cortical plate and near-total destruction of the right condyle. The condyle is also posteriorly displaced, and the temporal articular surface is also suffering degeneration.

This patient was treated with day and night orthotics for several months, her pain was largely relieved, and she had the full mouth case beautifully redone…by another dentist.

Did her original dentist cause the arthritic degeneration? Certainly not. That kind of destruction required years to occur. Regardless of that, the dentist who did the original reconstruction was successfully sued. Again: considering extensive restorative dentistry? Make sure to evaluate joint health—a CBCT is a must in many cases. 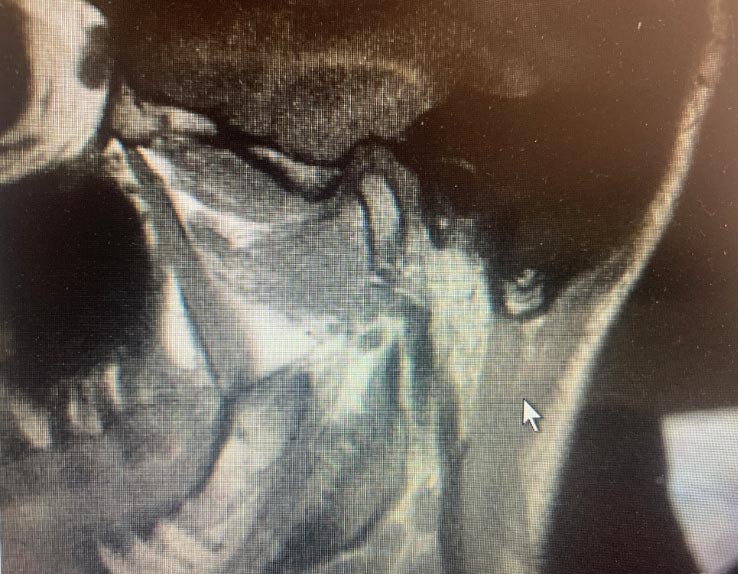 IMAGE 4. CT scans show right (upper row of images) and left (lower row of images) in both sagittal and AP—anterior-posterior—views. While the right joint appears essentially normal, the left condyle is posteriorly displaced. 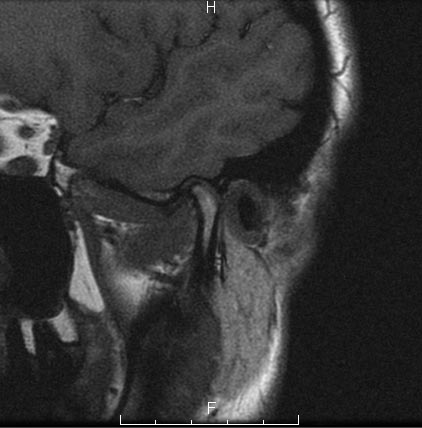 IMAGE 5. An MRI if the TMJs of the person in image 4 would likely look like this, with the cartilage disc anteriorly displaced. I would expect clicking or popping, joint pain, and difficulty opening for this person. 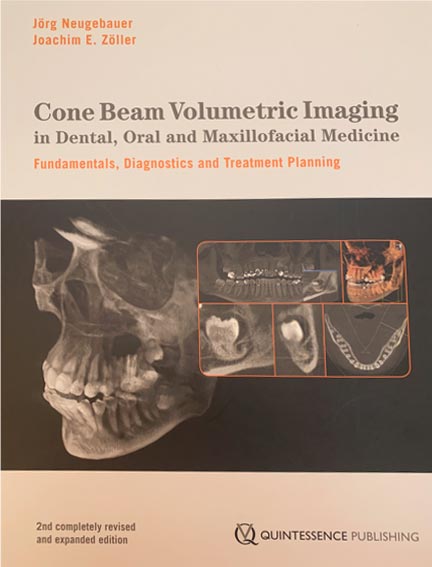 IMAGE 6. With the use CBCT currently expanding, I believe it is the best interest of dentists to become more familiar with those images and to become proficient at image interpretation.

Textbooks like this one can help with that, but be aware that even a textbook, and this one is quite detailed, only scratches the surface compared with the in-depth interpretation that an oral maxillofacial radiologist can provide.