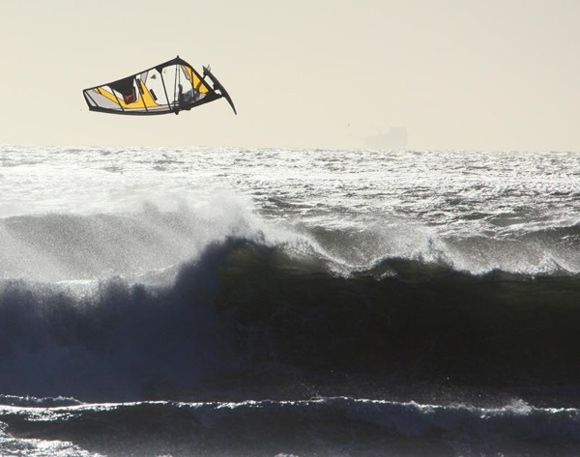 A brilliant turquoise-blue day in mid May, the wind is blowing hard out of the northwest like God’s own hair dryer. There’s no escaping the wind that’s a steady 25 knots down from Lompoc and Vandenberg Air Force Base. This is Jalama Beach and seems ideal for one thing and it’s not for taking the kids out on boogie boards. Nor surfing either and not windsurfing. The deal here is kite boarding, and even then just for the experts.

Kite surfing or Kite boarding is a rather new kid on the block having only been invented in 1986. Yet it already has its own magazine and a cadre of star celebrity athletes. 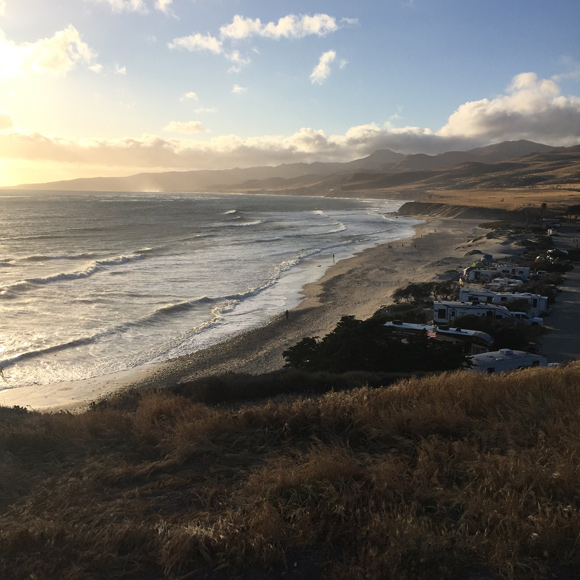 Once a surf spot, Jalama Beach here on California’s central coast, is now primarily home to kite boarding. It’s not for the faint of heart though. In fact, most of the year beginner and intermediate kite boarders are not allowed in the water here. The beach is long, mostly deserted, beautiful and nice for bird watching, but something in the curve of the shoreline here has created a wind tunnel that creates a force that never gives up.

Jamala Beach is rated among the top three kite boarding locations on the west coast. 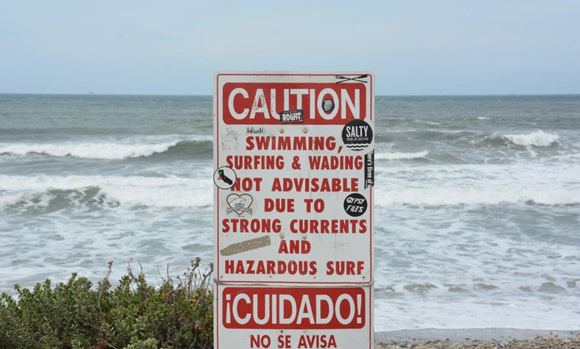 Although far off the beaten path—it’s a twisting 14 mile drive off the coast highway just south of Lompoc—Jamala Beach has been a well-known surf location for decades. But conditions are rarely favorable and surfers often have a narrow window in early mornings when the wind changes direction or dies down. And if the break is the wrong way, this little stretch of beach poses hazards to all but the most expert.

Given the constant wind I would have expected to see a lot of windsurfers, but during my four days here I didn’t see even one. There is a very nice YouTube video of Brian Watson out on a sailboard, but the word around here is that Jalama is Chumash for “broken masts and shattered boards.”

“We’re shooting video all up and down the coast,” Anton tells me.

“Are you making a movie, or a documentary?” I ask him.

I watch him take a deep breath. “Well, it’s just for our own use.” I detect a certain hint of secrecy, although the video could easily provide hours of publicity footage for his sponsors, and there of several of those. Anton says he’s proudly avoided “work” since 2009 thanks to sponsorship.

“We’ve already been to Africa and Asia and now we’re kite boarding different locations on the west coast all the way to Alaska.”

I can only imagine that with all the video these guys are shooting, they could be doing a 21st century update on the classic surf movie, The Endless Summer. So maybe they’re chasing the wind all around the world looking for the perfect blend of surf, and a steady gale.

They could call it Endless Winds. Look for it in a theater near you soon.

I got an email from Anton last night letting me know that he and his crew had just arrived in Hood River, Oregon and are ready to launch their kites out on the Columbia River. The search for perfect sun and wind goes on. 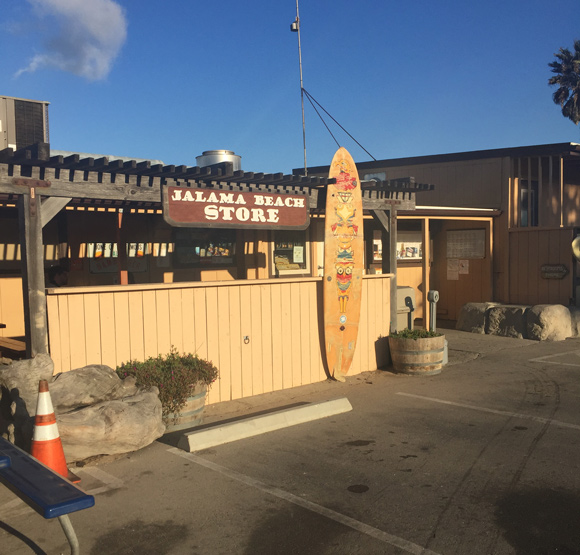 Want to check out Jalama Beach? Go north from Santa Barbara on the 101, then take Highway 1 to the turnoff to Jalama Beach. If you’re driving south on Highway 1, the road to Jalama is just a few miles south of Lompoc. If you go, make sure to try the famous burger at the Jalama Beach Store and Café. Winds are strongest in the spring, but are present year-round. There are plenty of campsites available for tents, trailers and RVs, but spots fill up fast, so reservations are recommended.