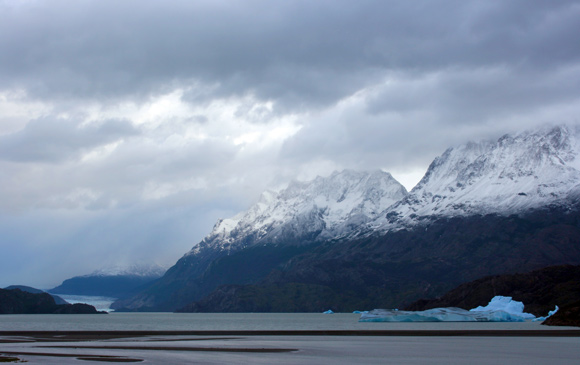 [dropcap]T[/dropcap]his is Part 2 of my Fierce Winds at the Edge of the World post, where Andrea and I travelled recently to Paine National Park in the Magallanes region of Chile.

The southern tip of South America is rough country. Early attempts by the Spanish to establish colonies here in the 16th century were dismal failures. Some historians blame lack of support from the Spanish government, but the fact is Europeans trying to live in a country of bitter cold, constant terrible wind and little food simply could not survive. In two of these attempted settlements, almost all of the colonists died of starvation or cold. Europeans didn’t succeed in colonizing this far end of the continent until nearly 300 years later.

The people who live in Magellanas are tough. They have to be to live here. Although my Spanish is no better than an average schoolboy’s, there is a certain attitude that was easy to detect. There is a strong pride here along with a less than charitable attitude toward those softer folks who live up north. I think disdain may be too strong a word. So is contempt and derision. And yet it’s close to that. And at the same time, it’s really not mean spirited at all. If you’ve ever heard Jerry Jeff Walker sing about Texas—with certain good-humored contempt for folks who live almost anywhere else, or you know Lynyd Skynyrd’s Sweet Home Alabama, well it’s a lot like that. There is probably a Patagonian equivalent to Jerry Jeff Walker singing songs about the southern Andes down here. I just haven’t discovered him.

When I told a friend that we saw penguins on this trip, hundreds of them, he asked, “Oh. Are they warm water penguins?” When I said we’d been to South America he must have envisioned Rio or the Girl from Ipanema strolling the beach in her bikini. I don’t think he realized that here at the south end of the continent we’re not all that far from Antarctica. Even in summer,the battleship gray waters are icy cold.

There are about a million Magellanic penguins here and certainly not nearly that many people. At the penguin colony we visited, the young still had their juvenile plumage—just starting to molt. They lived in burrows on the shore and had not yet ventured out to sea. As we watched, the adults swam in from the southern ocean and brought food to the young.

We drove into Punta Arenas on a clear, pretty, blustery summer day. “I know this looks like a nice town,” our van driver said. “But you wouldn’t want to live here. Winters are bad. Terrible!”

I wonder if he’s exaggerating.

I find that Punta Arenas is a very nice small city. Pleasant restaurants, lively shops, warm inviting coffee houses. Punta Arenas is literally the end of the road. If you wanted—and this has been done—you could start at the far north reaches of Alaska and drive south. Eventually you could make it to Punta Arenas. But here, on the Straits of Magellan, the road ends. There is land south of here. There are islands out in the Straits, and then there is Antarctica. But you could drive no farther. This is the edge of the world.