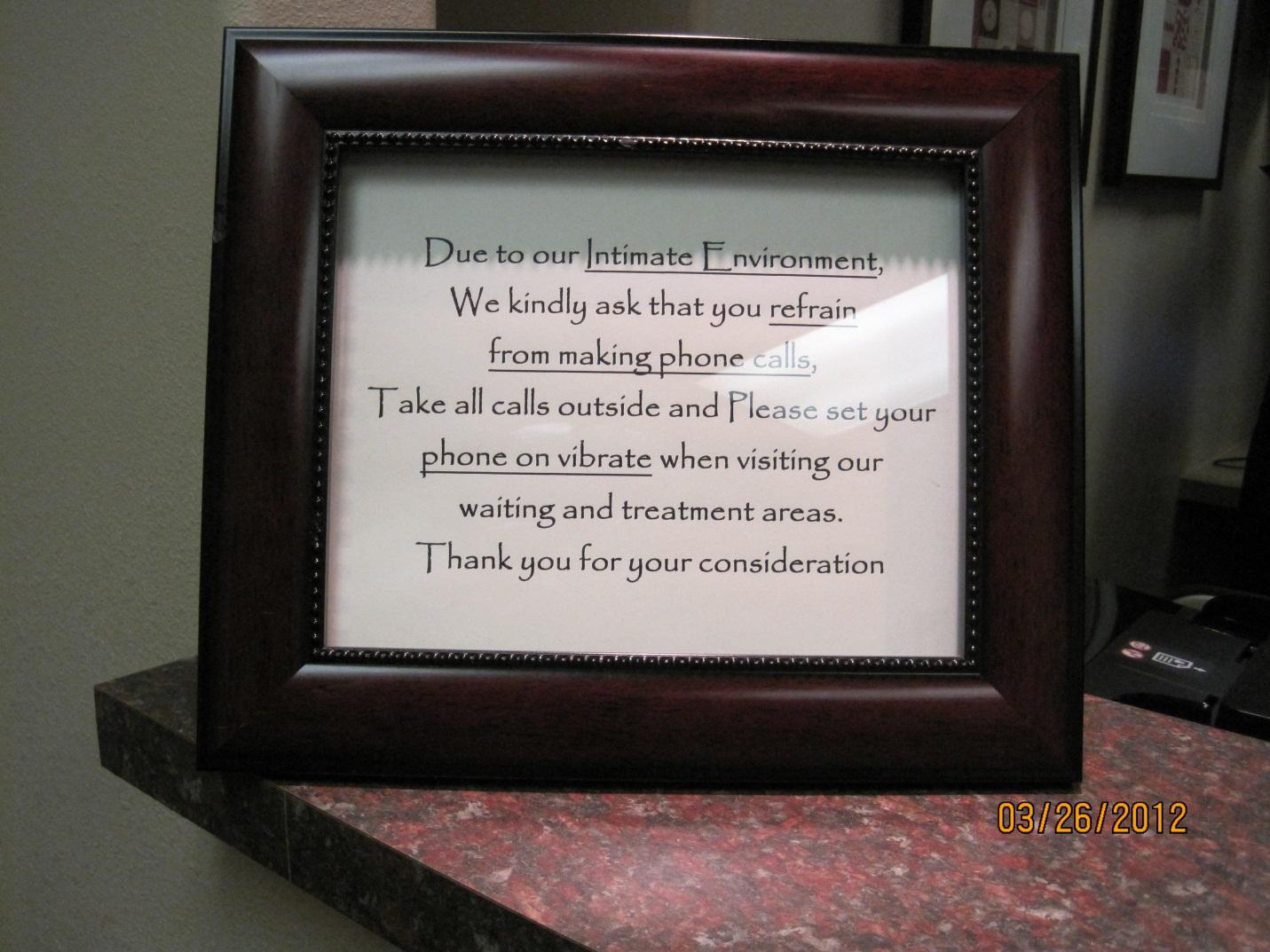 [dropcap]W[/dropcap]e watched a man in a neighborhood park. He stood with a cell phone in both hands, head down, reading. Then he popped his thumbs over the key pad. The dog at his feet laid in the grass with paws stretched out in front, a yellow tennis ball close by.

The dog looked up at his owner. “Woof.”

Thirty seconds, then a minute went by. My wife and I walked past. The man’s gaze never left the cell phone.

We walked on another block and I looked back. The dog still lay at the man’s feet. The man still held the phone in both hands, his thumbs working the keypad.

Even a dog knows we’re too plugged in and disconnected.

And on local hiking trails, I often see a couple walking together. But when one of them has the little white ear buds of an iPod in his ears, what kind of walk together is that? One of our family friends confided in us that she hates going for walks with her husband because he listens to music on his MP3 player while they hike or stroll. She feels alone and isolated even though they’re together.

When my own nieces and nephews come over to the house for dinner, or we meet at their grandfather’s place for a holiday meal you can imagine the scene, right? The twenty-somethings aren’t talking with us. Their heads are down reading text messages, their thumbs flying over the key pads at an impressive 80 words a minute. Sometimes they chuckle at a private joke that has showed up on screen. But otherwise, it’s hard to get anything out of them.

Almost 50 years ago, Paul Simon wrote a song called The Dangling Conversation. The song paints a picture of a couple together but not talking with each other; they are reading. And they “mark their place with bookmarkers, to measure what they’ve lost.”

What they lost was an opportunity to actually relate with each other. Was it the book’s fault, or did they really prefer not to relate personally anyway? Holding a book is an easy barrier. And so is a tablet, a cell phone or a lap top.

What they’ve lost is obvious to everybody except those who are so plugged into electronic toys that they ignore people around them. They don’t seem to notice how much they’re losing. Any chance of real connection is gone in favor of an electronic one.

Now, you personally aren’t guilty of any of that bad behavior. But you see it and are affected by it. So, what to do?

I Google searched “Cell Phone Etiquette,” and the information is easily available. Listed no-no’s are: Ignoring people who should have your attention, yakking endlessly in the line at the grocery store, talking too loudly in the doctor’s waiting room. All those things are supposedly off-limits. I guess nobody reads etiquette rules anymore.

One of my patients, a bright and sweet lady, has a solution, at least in her own home. She placed a good sized basket just inside her front door. Anyone coming for a visit has to check all electronic gizmos at the door—kind of like cowboys in the old West checking their guns at the swinging doors of the saloon.

“But, why Grandma?” her 14 year old grandson whined.

“Because when we’re at dinner, I want to see your shining face, not the top of your head while you sit there texting. Cell phones, music players, lap tops, everything goes in the basket.” I’m sure she says it sweetly but firmly enough that all visitors, even adults, obey the rule.

I like it. A no cell phone zone. By the way, this is the one and only sign in our reception room:

Now, I’m sure none of you talk about your personal business while you’re in line at Vons, but you know there are folks who do. And loudly at that. Up to now, I’ve just pretended not to notice. But I think it’s time for some gentle correction. So, here’s my idea.

You’ve probably seen those clever notes you can leave on a car that is parked so close to yours that you have to open the passenger side door and crawl over the seats. Something about leaving you a can opener next time, right?

Well, I’ve found that the folks at Post-it Notes will make and print custom sticky notes for you. Any size. Would you like extra sticky with that?

Okay, so here are a few I have printed:

Now you have to be a little subtle, but I’ve found that with practice you can get really good at this. You overhear things nobody should hear in a public place. You get the appropriate custom sticky out of your pocket or purse and pretend to accidentally bump the person. And of course you plant the sticky on your victim’s back for everyone to read. And you imagine what it’s like when he or she gets home and finds the sticky. Oh, so that’s why everybody laughed when I checked out at Ralphs.

So, that’s it. A gizmo basket at your own front door, and a bunch of custom sticky notes. Change the rudeness of your world one obnoxious yakker at a time. Even dogs will be grateful.