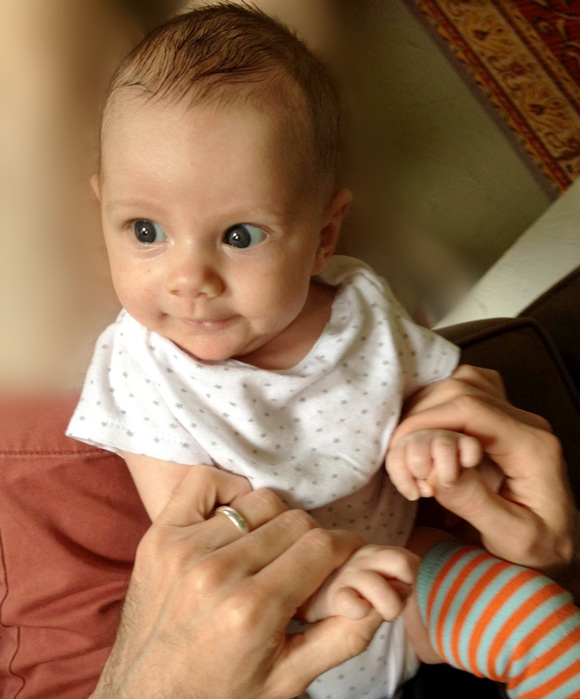 [dropcap3]F[/dropcap3]or years I’ve seen those ubiquitous—at least in our more senior neighborhoods—bumper stickers urging everyone to, “Ask me about my grandchildren!”

Until little Esmee came along.

My youngest, Scott, a child of California suburbia, earned his master’s degree in music from the New England Conservatory (NEC), in Boston. Can you just imagine this Southern California boy commuting from his rented walk-up in Cambridge down to Boston on a clunker bike in the winter in the snow? Perhaps with a cello on his back?

And after his rather artful, jazz improv master’s recital he actually stayed in the cold country of the east. Married to Chelynn in the summer of 2012, with a full teaching schedule and a rented apartment attached to a century-old farm house a few miles outside Shelburne Falls, Massachusetts, my son and daughter-in-law have their first child. Yep; the cutest grandbaby in the world. Esmee.

Of course we had to fly back to see the baby. Any grandparent could relate; after all this is only common practice, repeated thousands of times each year throughout the land. But this time it was my grandbaby.

Esmee, just over a month old when we travelled to the rich, green forests and farmland of New England, spent most of her time with her mom. Both baby and mom seemed just a bit restless when she was held by anyone else. Admittedly, I witnessed a very small sampling.

So I was pleasantly surprised when baby Esmee settled very comfortably and contentedly in my arms on the sofa.

Scott voiced his contentment with the present-time wonder. “I had to count all her fingers and toes,” he told me. “And all her organs are working. Eating, burping, and digesting. She’s just a little miracle!”

But I found myself helplessly pondering her future. She’s long and lean. Maybe she’ll run like a deer and star on her school’s track team. High school isn’t that far away, is it?

She has long fingers and delicate hands. Scott, the music major who teaches piano, and strings and French horn and voice, might just have her practicing scales by the time she’s four. Maybe she’s a natural musical genius.

If Scott and Chelynn stay in this part of the country, Emsee could grow up in the kind of pastoral, verdant land that I knew as a child. There are maple-scented paths through miles of woods, and rivers and streams. As a boy, I used to wander game trails and long forgotten paths through thick green forest until it was almost dark. I could see her doing the same, a modern H.D.Thoreau..

She’ll grow up on whole raw milk and cheese, garden-fresh veggies, and grass fed beef –unless she becomes a vegetarian.

I’m already plotting the purchase of her first hiking boots about as soon as she can walk.

But I know I can’t get too far ahead of myself. Just over a month old, she can barely bring her gaze into focus. 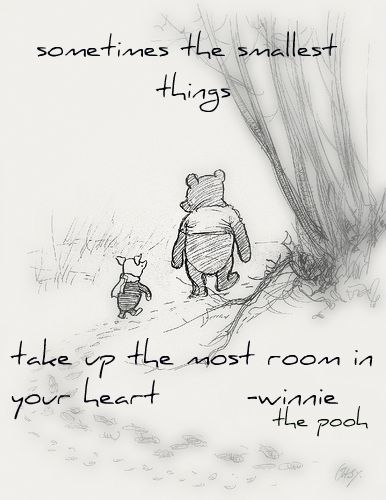 But while resting on my lap, her eyes did lock onto mine for a few moments of magic, and there was that look of recognition, and I was carried not into her future of sports and music and high school dances, but into the past for in her focused gaze I could see my grandfather’s eyes and I could sense, if not eternity, at least the linkage of generations back to the farm-boy days of my childhood and the forests and trees and rough country life of grandparents and great-grandparents and more for hundreds of years. She’s a pearl in a strand that may be eternal. She’s a gem. The cutest grandbaby in the world.

So, now I understand those boastful bumper stickers. Grandparents of the world, I’m one of you. I get it.