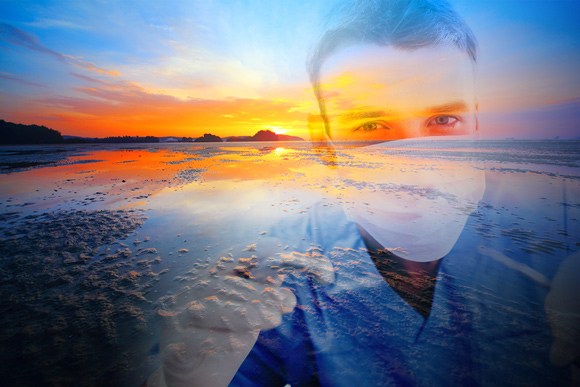 Or ~ “Stuck in Low Tide Again”

A young dentist remodeled empty space on the ground floor of a nice medical-dental building near me and moved in about a year ago. He seemed to be a personable guy. He drove a late model pick-up truck and wore his blue scrubs to and from the office.

He posted his fees on his web site, and they were very low fees indeed when compared with most of his colleagues in the community.

I said Hello to him occasionally and invited him to drop by my office to visit and see what we were up to. He never did.

I saw his front desk person walk by from time to time. She had a rather surly look about her—an object lesson in hiring the right person, especially for the first person a patient sees upon entering the office.

A couple of months ago, he quit showing up. Maybe he was just on vacation. But then the rumors started circulating that all was not well. Whispers in the grapevine said that he was months behind on his rent and that he had simply disappeared. Nobody knew where he was.

Did he stop making equipment payments as well? How about payroll? It turns out that not all the rumors were true, but he did in fact leave the practice abruptly; his own staff did not knew he was quitting until the day he told them that it was their last day— there would be no office to come to tomorrow.

He arranged a quick sale of the practice and left the state. Despite the practice sale, the office has been vacant for weeks. 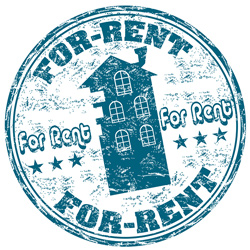 Did he spend those last months slowly going under without ever asking for advice or assistance? There are several practices in his building that are thriving. Could any of his neighbors have helped? Perhaps I could have been helpful. It’s possible that my wife, Andrea, with her accounting experience as well as years of dental office experience could have given him some guidance. Of course I don’t know his exact situation, but it seems he got in over his head with expensive rent on a large office space and possibly an over-sized loan package.

In my experience, many successful dentists are more than happy to help the younger practitioners who may be struggling. Could we have rescued a floundering practice? I can’t say. But I do feel bad for the guy. He could have at least dropped by and asked for some advice. It couldn’t have hurt.

We are all in the same boat in a stormy sea, and owe each other a terrible loyalty. ~ (G.K. Chesterton)

This young dentist was on my mind a few nights ago when Andrea and I went to a concert in a local park. The Jackstraws—an old fashioned Surf Band—were playing. The night was pleasant and warm and at sunset billowing cumulus clouds in the east county glowed pink in the fading light. A good crowd sat in lawn chairs or on the grass. When the band played the Creedence Clearwater hit, “Stuck in Lodi Again”, I could hear Andrea singing along. But whenever they got to the refrain, she’d sing, “Stuck in low tide again.”

“Oh, I know. But when I was a kid, I thought they were singing stuck in low tide! You can’t swim in low tide. Not enough water.”

And it struck me that this described the young disappearing dentist. Not enough water to let him keep swimming. A shame.

Stuck in low tide? I think so.

Is dentistry as a whole stuck in low tide? Well, I know plenty of dentists who are doing just fine, thank you, and yet ADA statistics say that dentistry has not yet rebounded from the recession of 2008—at least it has not matched the rebound that has occurred in the economy as a whole. Average earnings for dentists last year (2013) were about the same as in 2009. So yes; it could be that we’re stuck in low tide.

I don’t necessarily see that as a reason to be disheartened though. With plenty of practices doing well, you can be sure that there are strategies that can lift you.

Some of the people on the lecture circuit could be helpful, but just affording the tuition could be a stretch for the struggling dentist. A couple of decades ago, one of the gurus of dentistry was Omer Reed, but I know that he is not actively lecturing anymore. Perhaps there are DVDs of some of his early lectures, but I am not sure.

I can pass along a couple gems from Omer that might prove useful. First, whenever he recommended a certain course of treatment, he always made up his mind to have the following attitude silently to himself (sometimes he may have even said it aloud if he thought the patient had a good sense of humor): “Having married a wealthy woman and being inherently lazy, I really don’t care whether you follow through with treatment or not.” That is, don’t be desperate to sell. Not at all. It shows and maybe even smells.

Omer is also an expert pilot and he has compared getting lost in the air to getting in trouble in dental practice. “There are four Cs when you’re in trouble in an airplane, like getting lost on a cross country flight without a GPS. They are Climb, Communicate, Confess, and Comply.

“Climb to get a good look at your surroundings. In an aircraft, you climb literally and look for landmarks. In your practice, step back mentally; try to look at your practice from a distance as an outsider would. Be realistic.

“Communicate. In an airplane, get on the radio and contact somebody. In dental practice, get in touch with a trusted friend or advisor. Another dentist. Your accountant. Maybe your attorney.

“Confess. If you’re flying, you’ve got to confess that you’ve screwed up and that you’re hopelessly lost. In practice, confess the difficulty you’re in. Too many guys and gals just go on faking it, pretending that everything is just fine, so fess up.

“Comply. In an airplane, maybe based on triangulation or maybe based on landmarks you describe, somebody can guide you. In practice, listen to the advice of someone who’s been around the block. There will be advice that rings true. Follow it.”

Where is the man who for a short time practiced nearby? Nobody knows. But it seems the tide has gone out and he isn’t swimming. I wish I could have just had a talk with him.

In an economy that features lowered Insurance reimbursement, higher overhead and increased government regulation, time efficiency is a must. Watching expenditures with extreme care is more important than ever.

I talked with Dr. John Wilde by phone the other day. His name may be familiar to you since he occasionally writes for Dental Economics and The Profitable Dentist. He has also written a couple of dental management books. He told me that he sees many young dentists getting over-extended financially in the very early stages of their careers. “They buy a new car before the student loans are paid off. Or, they buy a house at least two years too soon.

“When I started my own practice,” John told me, “I equipped two operatories with used dental chairs and units. It cost a small fraction of what it would have cost to furnish it new. Then I added new equipment as I could afford it. I also bought less house than I could afford–and doubled up on the payments to pay it off early.”

I think another small gem from Omer could be useful. With rising hourly expenses, we can re-visit the concept of time efficiency. At one of his seminars, Omer was trying to clarify his ideas about super-efficiency, that is begin with the end in mind and by primary intent go for the end result with no deviation. He talked about his vision for efficiency for awhile and then one of the guys in the class raised his hand. Omer called on him.

Omer stood silently for a few seconds, then smiled and said, “Well, we can end the seminar right now, because that’s it. Don’t screw around. We can adjourn to Garcia’s of Scottsdale for dinner now. We’re done here.”

Stuck in low tide again? Well, I think that for my regular readers, that’s not true at all. For those of you for whom the tide is nicely in and keeping you more than afloat, be aware that you might be a mentor to someone else.

To those in low tide, remember Omer’s 4 Cs—reach out. Communicate, confess, and comply. Keep the faith that the tide always comes in again.