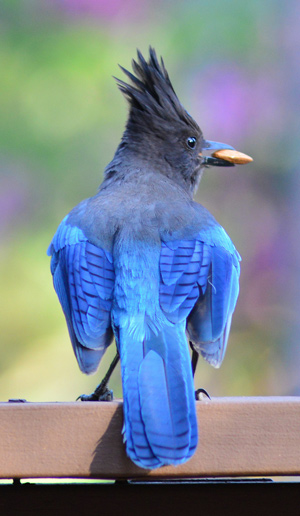 [dropcap]A[/dropcap] boy of about twenty, with a substantial pack and good hiking boots, long pants and dusty T-shirt stood at the Cienega Junction on the PCT. He was studying a small map with far too few details; his face looked drawn and was as gray and dusty as his clothes.

Andrea and I had been over much of this country in two days, from the town of Idyllwild up the Devil’s Slide trail and PCT past Wellman’s Divide to Round Valley where we had to melt snow for cooking and drinking because the spring-fed spigot in camp was dry. And there was very little snow left for melting. We’d been to the top of San Jacinto Peak and now we were headed back to town. The boy was standing in the middle of the trail.

“Where are you going?”

I understood. That’s the answer they all give when they’re attempting the whole of the PCT, from the Mexican border close to Lake Morena all the way to Canada some 2700 miles. North.

He held his map high in front of his face in the afternoon sun. “Is this where I turn?”

He didn’t move. He was staring at the map. “How far til I find water?”

“Are you out of water now?”

A number of hikers passed us and most headed left up toward Little Round Valley and Deer Springs—the way North. A young woman we’d talked with the day before came by and smiled Hello. She was walking fast and strong, her pack light and compact—she’d read her Ray Jardine—and she wore a light pair of Brooks Cascadia trail running shoes. I recognized the shoes because I have a pair just like them.

The official kick-off for the PCT through-hike had been just the day before, but we were now more than a hundred miles north so these folks had started early—no harm, no foul.

“How far til I find water?” the boy asked again.

Andrea unfolded our big topo map and showed him. “We’re here. Nearest water on the PCT should be here, but we’ve already talked to people who have been there and it’s dry.” She pointed to a spot on the map. “Closest water on your route is going to be here. It’s about four miles. Up hill.”

“I had a cup of coffee in town,” the boy said. “Then I filled two water bottles. But they’re gone now.” Assuming he had actually started his hike at the Mexican border, he had surely crossed long waterless stretches already and should have been ready for another.

It was hot in the afternoon sun and I could feel my forearms starting to sunburn.

“You don’t want to climb another four miles with no water.”

“We have water, but just enough for the two of us,” I said.

More PCT hikers threaded past us.

Andrea showed the boy the topo again. “I know where there is good water. But it’s out of your way.” She pointed out a spot on the map. “It’s your best bet though. There is a little spring just off the trail and it’s running well. It’s a little over half a mile up the trail toward Wellman’s Divide. First you’ll see some ferns on your left then go maybe fifty or a hundred more yards or so and you’ll see water dripping off the ferns. Fill your bottles and turn around. You’ll add about a mile and a half to the day’s walk, but I don’t see much choice. It’s a dry year.”

The boy looked at his options, one to the east and water and one to the north and his destination for the night. He didn’t move.

It is a dry year. The springs and camps along the way are drier than even the forest rangers know. Andrea and I were told by rangers that there was good running water at Round Valley. But they hadn’t actually been there. The spigot was dry. The mountain that in an average year gets more than six feet of snowfall received less than a foot in the winter of 2013, 2014. And now, in the warm weather of May, there wasn’t much snowmelt.

I heard that 1200 people had signed up to attempt the PCT—a record number. And nature wasn’t cooperating; the weather was nice, but water was very hard to find.

I could see the calculus going on in the boy’s head. East and water at seven tenths of a mile but the wrong direction. Four miles north and maybe water, but maybe not.

“Are you trying for the whole PCT?”

“Until you get to the Sierras, it’s gonna be dry. And then you get far north. And then…well, I guess you’ll see.”

More than a thousand people heading out on an amazingly difficult foot journey. Some seemingly cruising and some in deep difficulty even in the early stages. It brings many things to mind, from the old Boy Scout motto Be Prepared to Clint Eastwood’s famous line, “A man’s gotta know his limitations.”

The boy stood at the junction for a few minutes more and then headed east, toward water.