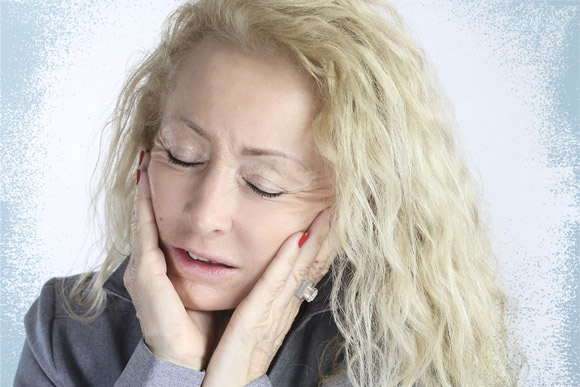 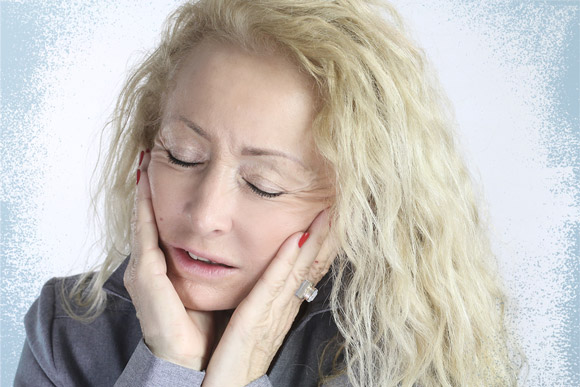 Mrs. C. was referred to me by a local colleague for a TMJ exam because of facial pain and jaw pain on the left side that had begun fairly quickly after three crowns were done on the lower left side. Mrs. C. was a 45 year old woman in good general health with no history of previous TMJ symptoms. She was taking no medications, reported no pain in areas other than her jaw and left side of the face.

After an intake interview, my first step was to measure range of motion. Mrs. C. opened 48 mm with no pain, no deviation or deflection and no obvious joint noises. She also had normal side to side movement with 12 mm lateral excursions both to the left and right.

Joint imaging was normal. I still needed to do a palpation exam. After that, the only test remaining would be Joint Vibration Analysis (JVA by Bioresearch) to check for any abnormal joint sounds.

It’s not wise to jump to conclusions without all the data, but I was already thinking, “This does not look like a joint problem.” After a visual exam of the teeth including molar occlusion classification, overbite, over jet, examination of gingival health, presence of lingual tori, etc. I used T-scan to look at Mrs. C’s occlusion. The result? Those three new crowns were all completely out of occlusion.

I checked T-scan results with shim stock—a 12 micron thin plastic sheet just a few mm. wide. When I asked Mrs. C. to close on the shim stock, she could not grip it with those new crowns. I could pull it from between the upper and lower left side back teeth with absolutely no resistance.

The palpation exam disclosed painful left side masseter, middle temporalis, and medial pterygoid muscles. No joint pain on either side and no right side muscle pain. In all I palpated 31 different muscles, tendons and ligaments as well as the temporomandibular joints. Only those left side elevator (closing) muscles were painful.

What were my choices at this point? Not many, in my opinion. I could fabricate a splint with perfectly even occlusion and Mrs. C. would experience relief fairly quickly. But I chose not to do that. In the absence of any actual TMJ pathology, the left side facial pain was simply the result of extreme occlusal disharmony with the left side elevator muscles working over-time trying—and failing—to get those left side teeth together. The correct treatment was Do not pass go, Do not collect $200, just replace those three crowns.

(Obviously, if there had been internal derangement of the TMJ, my approach would be completely different.)

I told Mrs. C. that she did not have a TMJ problem, but instead a bite problem. I told her that, unfortunately, those three recently placed crowns would need to be redone.

I wrote a report of findings and also placed a phone call to the dentist. I told the dentist that the crowns on teeth 18, 19 and 20 were not in occlusion and that was the reason for her patient’s facial pain. While the dentist seemed to accept that, I could hear some skepticism in her voice.

Two weeks later, I received a phone call from another dentist in town. Mrs. C. was in his chair. “I guess you told her that her new crowns are out of occlusion,” he said, “and I agree. They need to be redone. I’m just checking in with you. I’m going to replace those crowns if you think her joints are okay.”

“I’m sure the temporomandibular joints are fine,” I told him.

He told me he would present a plan to redo the crowns.

A week later, I received a call from yet another dental colleague. Same conversation, different dentist, Mrs. C, still in search of someone to trust. I actually believe that Dr. number 2 would have been a fine choice, but Mrs. C. was being extra cautious. In the end she chose dentist number three. He replaced the crowns and sent her to me to a quick check of occlusion with T-scan. The new crowns were excellent; Mrs. C. had good occlusal contact right to left and her pain had largely disappeared after only a few days.

Happy result, right? I suppose so, but I do wonder about dentist number one. According to Mrs. C. the bite felt off as soon as the crowns were placed. She told her dentist that the bite was off, but the dentist assured her that the bite looked fine. A few days later the pain started. According to Mrs. C. the dentist tried adjusting the bite over a few appointments and took no other steps apparently hoping that Mrs. C. would get used to the new crowns. It was only after months of pain that the dentist referred for TMJ exam.

Even when given a “road map”—the T-scan print-out of occlusion in fully closed (C.O. or MIP depending upon your favored term for it)—showing total lack of occlusal contact on the left side crowns, the dentist remained in denial and chose not to replace them; the result was a lost patient. I do wish that could have been prevented.

The most valuable C.E. is also the most expensive, most painful and does not garner any credits with your State Board, but that does not diminish its positive impact on one’s career; all of us have to pay close attention during class however, or we get to repeat the lessons and pay the tuition yet again.