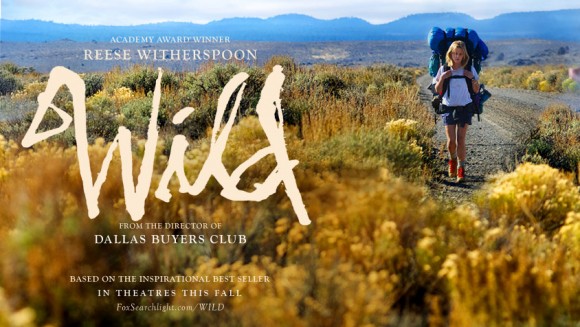 Is this the face that launched a thousand hiker’s boots?

Spoiler alert: I might spoil the ending of the book and movie Wild here. If you don’t want to know about the endings, I suggest you skip this. Last year I bought the Kindle version of Cheryl Strayed’s book, Wild. Much as I admired her rather fine writing, it didn’t take me long to decide that she was doltish and inane, her hike ill-considered, her past–though perhaps titillating to some–injudicious at best. In short, I didn’t find her someone I wanted to hang out with through all the pages of the book. I put it down. My wife though, stuck it out, through blisters and blackened toe-nails and days of rain. In the end she was disappointed. “It just didn’t come to enough,” she told me. Eventually I picked it up again and slogged my way through. In the end, Ms. Strayed seems to know that 1100 miles on the Pacific Crest Trail may have taught her something–she can feel some inkling of it inside, but she can’t articulate it. There is a lesson, but it is like, she says, a fish glimpsed briefly in the water of a sunlit pool, but when trying to reach into the pond to grasp it, it slips away. When the movie, starring Reese Witherspoon, came out I saw that it was getting (mostly) rave reviews. Here is an email exchange I had with the film reviewer at The Wall Street Journal, Joe Morgenstern:

Hello Joe, When I spotted your review of the movie version of Wild, I was intrigued because I hated the book so much. Maybe “hated” is a little strong–then again, probably not.

In the first few pages, Strayed only convinced me that she was a total idiot. Perhaps I should give her credit for at least writing well enough to convey that. And did she then walk herself back to the woman her mother thought she could be? I was not convinced.

And now a movie version! How the heck did that happen?

Anyway, I have one simple question: thumbs up or thumbs down for people thinking maybe they’ll give the movie a chance but who found the book totally beyond redemption?

Joe replies: Don’t mean to be evasive, but it’s a tough call. I think it’s my job to review what’s on the screen, rather than what was in the pages of a book a movie may have been adapted from. Much of what’s on screen in this case — Witherspoon’s performance — is really impressive, so I cut the movie some slack. But I shrink from the treacly didacticism of books like “Wild,” so I’d say approach the movie carefully, and at an off hour, when tickets are cheap. ________________________________________

Cheap? Yes; I waited until Wild the movie was on Netflix. While Andrea may have made it through the book, she couldn’t stomach the movie and crawled off to bed. I stuck it out. Near the end of the movie, Reese Witherspoon mumbles a near quote from the book, “…but if I could go back in time, I wouldn’t do anything differently. What if I wanted to sleep with every single one of those men? What if heroin taught me something?” Okay, I get it. Your past brought you to where you are now, and that’s a pretty good thing. But really Cheryl? You wouldn’t do anything differently? You’d even get hooked on heroin? Seems to me, if you were smart, and faced with those same temptations again, you’d lace up some hiking boots–the right size this time–and hit the PCT. Or, simply move to Portland and do whatever you did there in the years after the hike–I’ll bet that was a very interesting time! Start with the end in mind as Steven Covey says. Or proceed with primary intent (Omer Reed). Not every film reviewer was kind. Washington D.C. film critic Rebecca Cusey headlined her review of the movie thusly: “‘Wild’ Sends Viewers On A Pilgrimage To Nowhere.” Agreed.

And yet this: I’m on the PCT a few hard miles from the town of Idyllwild, California and there are many hikers, some more prepared than others, attempting the whole journey from the Mexican border, close to Lake Morena, all the way to Canada. The PCT web site says there is a 300% increase in interest in the trail this year. In the town we left this morning, where a few of the inn keepers have special rates and accommodations for through-hikers, the word is that twice as many people have signed up to do the whole PCT this year compared with 2014. And the reason many give is the movie, Wild. Some have started this journey before, and after the movie they’re back for another go—smarter this year, lighter, better equipped and the trip well planned. Some look like novices: too much weight on their frames and in their packs, and improper shoes or boots. Some will hike themselves into shape by the time they reach the Sierras. Or they’ll quit. But I have to give this to Cheryl Strayed and even to Reese Witherspoon: if your efforts got people out to challenge themselves in this epic sort of effort, then I have to say kudos to you. Your story may not have come to much at the end, at least in my view, but if you inspired a thousand souls to go out and search for something beyond their ordinary lives, then bless you. You’ve done something extraordinary.